Portrait of a Home Part 2 - Home is where the Heart is. 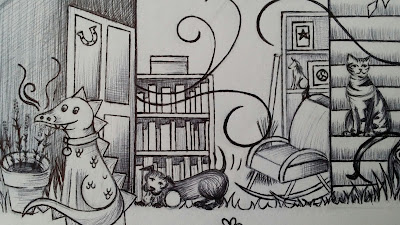 I was very lucky to be given this wonderful commission. To create a caricature of a home full of life and characters, but also with a little room to add some of my own personality. I was briefed to create  a black and white ink drawing with some colour that would make a portrait of a home titled 'Home is Where the Heart is' The drawing had to be based in reality so that the charcaters in the home would ring true, but I wasn't allowed to put any figures in the picture. The client also asked for an element of fantasy. Something more than the ordinary everyday, showing how magic, wonder, music and art could enrich life and home. Personal private touches were added throughout and precious things from people who had gone were added in memory, to help feel their presence all around.

I also produced a sketchbook which traced the making of the picture which was created over two months. In the sketchbook there are notes from our two lengthy consultations, photos of members of the family and pets, planning sketches, development of different ideas, photos of how the painting was progressing and personal touches I wanted to add. The client was so happy with this little extra calling it a kind of memory book which meant as much as the painting itself. 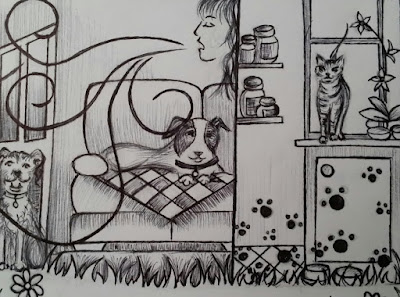 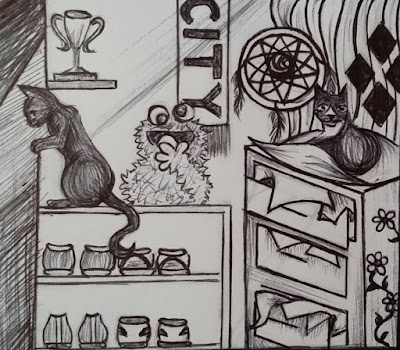 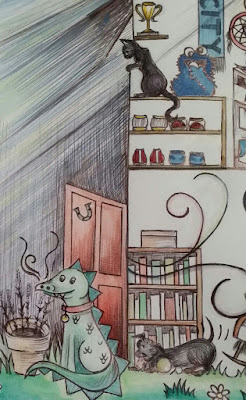 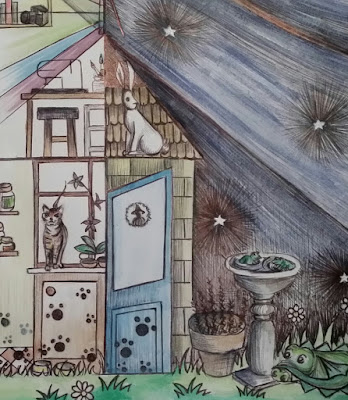 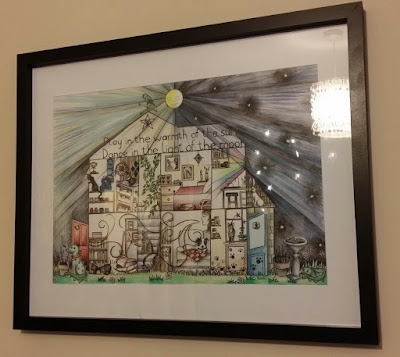 Show off what is at the centre of your world with a bespoke comission. 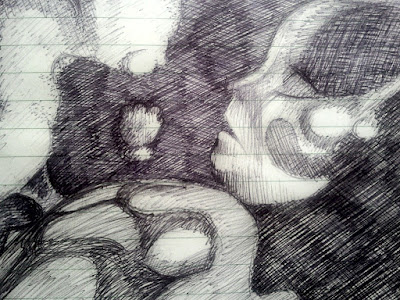 Visit my Etsy Shop, Art Made From Memories by clicking the image below. 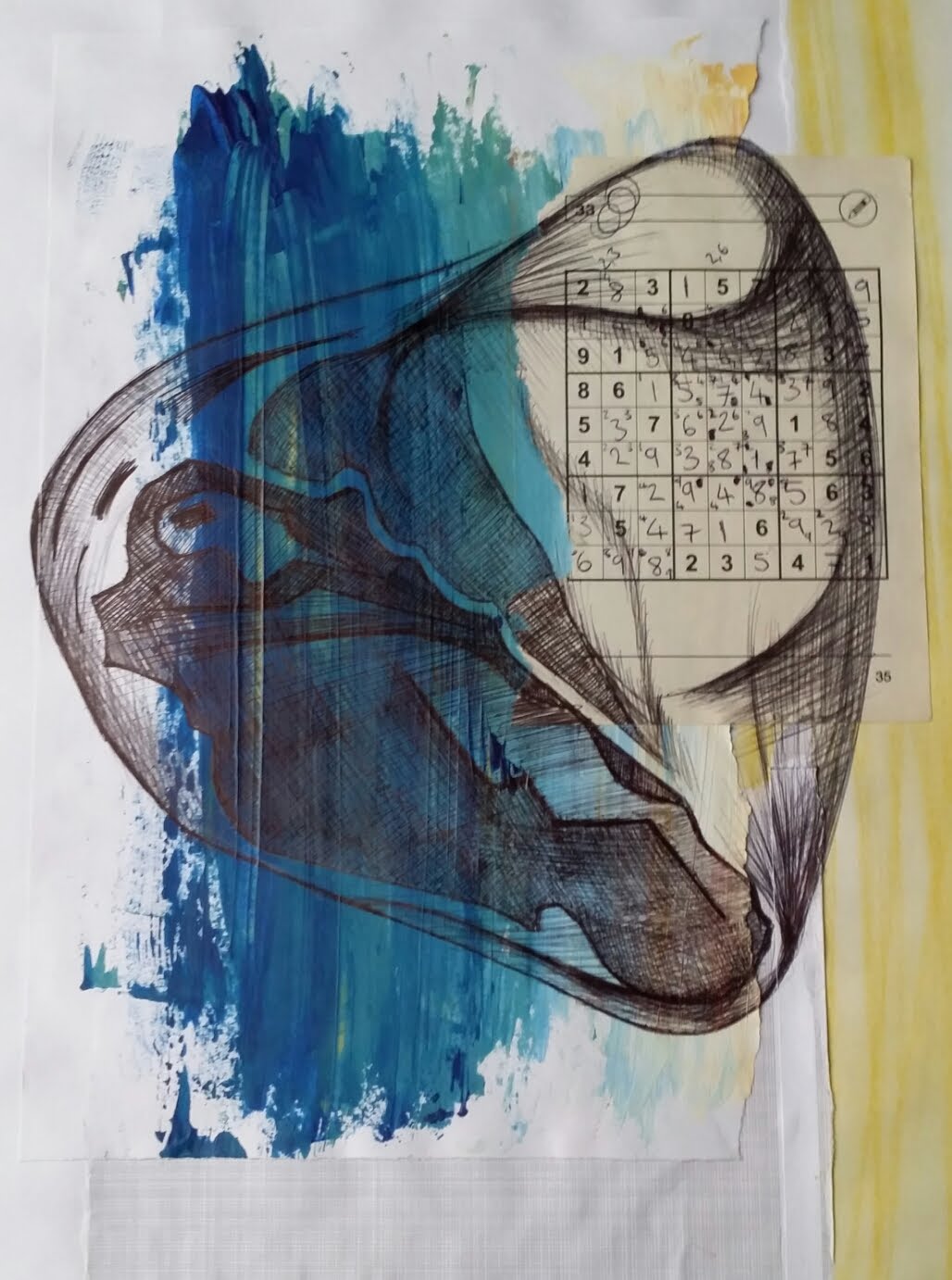 Ellen Jewell
I am an artist and I work with different community groups as well as making and exhibiting my own work. The themes in my artwork are always personal. I use my art to explore different aspects of my life and to pay tribute to the people and places that inspire me.